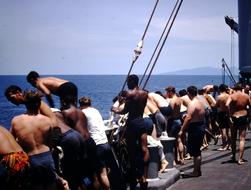 Veterans who were exposed to Agent Orange or other herbicides... 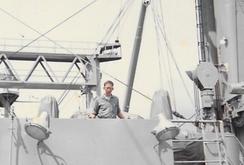 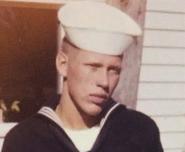 Our ShipVie​w facts, stories, and pictures of our ship and crew.

​See your shipmates at the ​Reunion.

See information, including pictures from prior reunions.  We have had 10 reunions over the past 20 years.  We will always be shipmates. 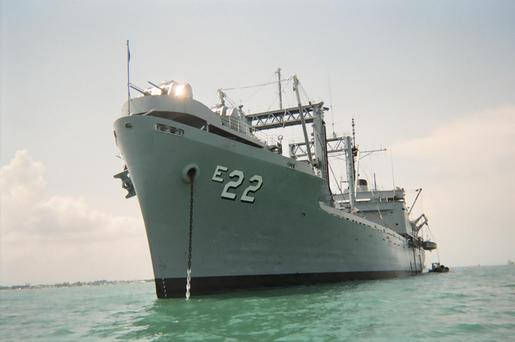 We will periodically highlight one of our shipmates.

Our  current featured shipmate is

Remembering those who have passed 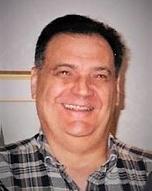 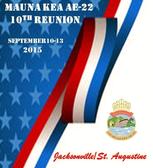 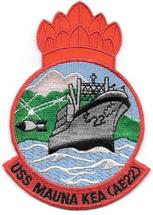 We are in the preliminary planning stages for the 13th reunion.  Submit you suggestions for a location to David Cannon so they can be posted on the website.  Also let us know if you are willing to host the reunion.  Please submit by July 1.

We sadly inform you of the passing of shipmate Roland Barrilleaux on June 6, 2021.  Roland is survived by his wife Diane, a daughter, and two granddaughters.  He and Diane lived in Harvey, Louisiana for the past 23 years.  He was a Stationary Engineer in his civilian life.

​Roland was not on the Mauna Kea as long as most of the shipmates, but the time he spent onboard had a tremendous effect on the performance of those who continued to serve.

Roland, who served in the Navy from 1963 to 1967, was already onboard the Mauna Kea in 1966 when the “boots” assigned to the recommissioning crew arrived in Bremerton.  He acted as a mentor to these new sailors, orienting them to the ship and teaching seamanship skills to the deck crew.  He stayed with the ship through sea trials, and was reassigned when the Mauna Kea sailed for

He loved to joke with this new crew.  One shipmate said Roland could argue with a rock, make sense doing so, and make the rock change its mind.

We enjoyed spending time with Roland at the New Orleans reunion.

Our thoughts and prayers are with his family. 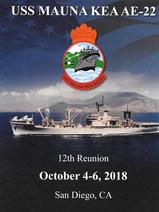 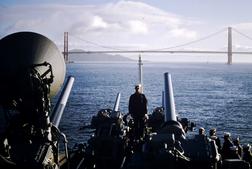 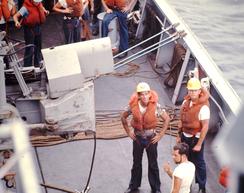 UPDATED INFORMATION REGARDING BLUE WATER VETERANS  CLAIMS:
The FRA supported Blue Water Navy Vietnam Veterans Act of 2019 requires the Department of Veterans Affairs to consider new and previously submitted Blue Water Navy claims.  As part of that effort, the National Archives and Records Administration (NARA) is collaborating with the VA to determine ship locations and to digitize more than 1,800 vessels deck logs.

The data contained in these ships deck logs are critical in determining qualifying ship locations in accordance with the log.  For the first time, the VA will have each of these ships mapped with precision, providing a comprehensive view of their locations.
The VA estimates that there are between 420,000 and 560,000 Vietnam-era veterans who may be considered Blue Water Navy Veterans.  The law also extends benefits to survivors and dependents of veterans with confirmed service whose claims would have been granted as a result of the new law.

WE HAVE A COPY OF THE MAY 15-MAY 16 1968 DECK LOGS WITH THE FILE NUMBER AND DATES ON THEM.  THEY PROVE THAT THE MK WAS IN DA NANG HARBOR ON THOSE DATES. CONTACT DAVID CANNON IF YOU NEED ONE FOR  A VA CLAIM.