Rich and MaryEllen with Diane Lazzari 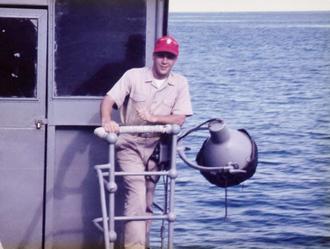 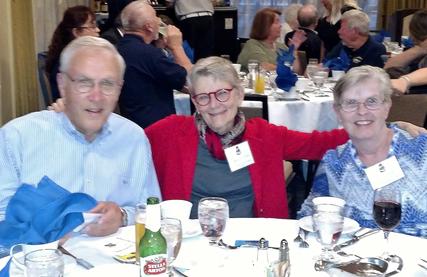 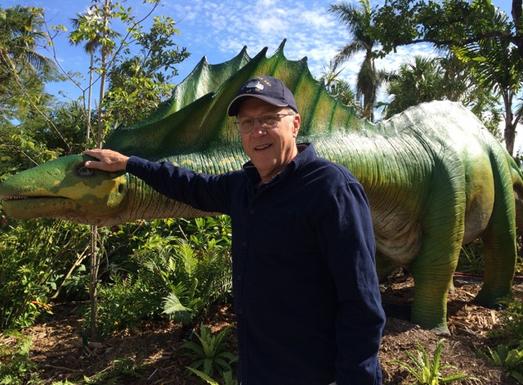 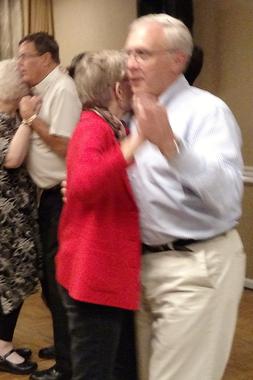 We look forward to seeing you in Milwaukee!

While on the Mauna Kea he established lifelong friendships, in particular with Kramer Klabau and Dan Corbett.  In 2014, Kramer and Rich, along with their wives joined the States and the Peaches on the big island of Hawaii. They ascended to the top of the Mauna Kea volcano.

The prior year, just before the Seattle reunion, the Corbetts and Letartes explored the mountains of western Canada.

In addition, they, along with Jack and Mary Farley, celebrated their fiftieth anniversaries together. 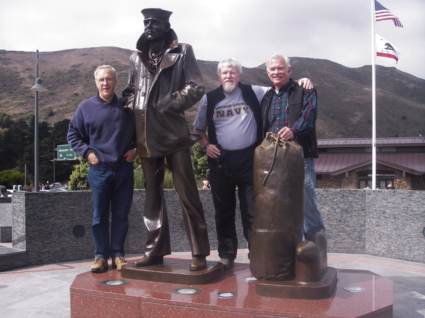 at the 5th reunion 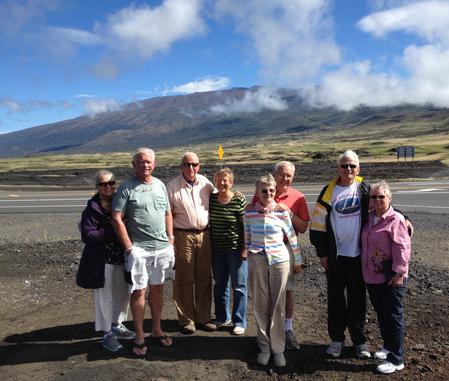 Every other Thursday, the crew would gather on the mess decks to greet him and thank him profusely as they went through the line. Due to that, Rich Letarte thought he was the most popular officer on the Mauna Kea.  Of course, the bubble burst when he began to receive complaints about stale cigarettes, warm Coca-Cola, dry hamburgers, and itchy underwear from small stores.  He then realized that all that self-declared adoration came from the fact that every other Thursday was payday and the crew was simply there to get their just desserts.

Rich reported to the Mauna Kea in 1968, meeting the ship in Hong Kong. His primary job was that of disbursing officer and, during his hitch aboard the MK, he also served as ship’s service and food service officer, along with other duties. No wonder he thought they loved him: money, clean uniforms and three meals a day!

Rich has been instrumental in locating shipmates and planning reunions since the first one was held in Concord, CA in 1999.  We have enjoyed spending time with Rich and MaryEllen at every reunion since.


Rich has never missed a reunion and, in concert with Tony Lazzari, worked on the eighth get-together in Connecticut. In addition, due to his experience in the supply department aboard the MK, Dick States early on convinced Rich to be the procurer of Mauna Kea clothing for our reunions. He proudly declares to local neighbors that the hats, golf shirts, and sweatshirts of the mini-dreadnaught formerly home-ported in Port Chicago, California are made in central Massachusetts and, to date, he has not received any complaints about size, color, or fit.

Rich, thank you for your service… 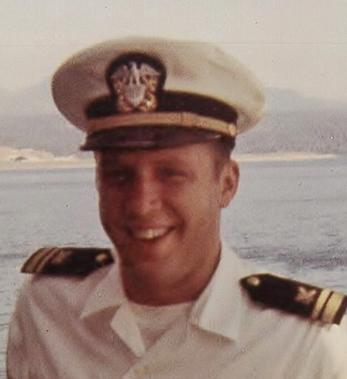 Rich grew up in central Massachusetts and received degrees from St. Anselm College in Manchester NH and the University of Massachusetts in Amherst. After graduating from UMass, he completed Officer Candidate School in Newport RI and Navy Supply Corps School in Athens GA.

Following his tour of duty he moved back east to New Jersey, working in New York City, eventually for WR Grace.  While with Grace, he upgraded his accounting skills at Rutgers University and earned the designation of Certified Public Accountant. He was transferred by Grace to a manufacturing facility in Lawrence MA as the company controller in 1975. He left Grace in 1978 to take over an accounting practice in Leominster MA and remained there until retirement in 2013 at the age of seventy.

He and MaryEllen have lived in Lunenburg MA for forty years. They have three children and five granddaughters. They have both been active in the small farming community. Rich has been elected to the positions of Library Trustee, Trust Fund Commissioner, and is currently chairman of the Board of Assessors. In 2006, he published a book on baseball highlighting the nineteen-fifties, That One Glorious Season.   MaryEllen has authored two books of poetry, leads a local poetry group, and has served on the town’s Cultural Council.

MaryEllen is an “original MK wife”.   She is one of the few wives attending the reunions who were married to a shipmate while they were aboard the Mauna Kea. 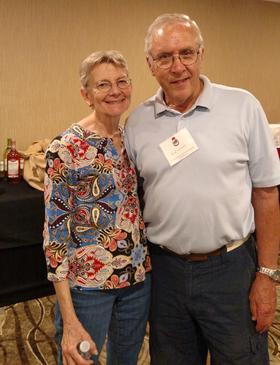 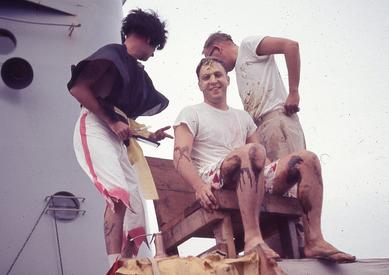 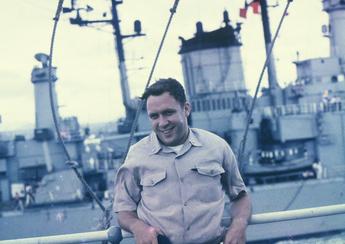 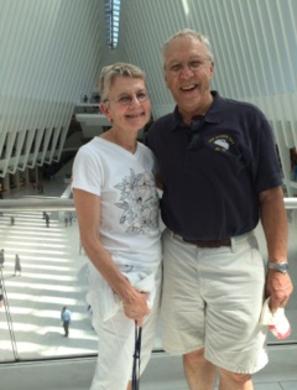