Dave’s Navy career began about March 1957 when a Navy recruiter visited his high school.  At this time the draft was a strong possibility, and David committed to enlist.  He was influenced by the fact that he had three uncles who had served in the Navy during WWII.  Ironically one of the uncles had served aboard the USS Firedrake, an ammunition ship home ported at Port Chicago NWS during WWII.

Dave was raised on a farm in Western Minnesota; morning and evening farm chores of taking care of dairy cows, pigs, chickens, geese, and sheep kept him too busy for extra-curricular activities.  He had only left Minnesota one time when the Navy invited him and a classmate on a visit to the Naval Station Great Lakes and took them there on the train with a bunk provided. This was an exciting trip for these two youngsters.

Dave enlisted on June 17, 1957. This 138-lb. specimen found boot camp to be a breeze, and gained 15 lbs.  in 12 weeks.  After Boot Camp, Dave was assigned to Class A electronics school, but his slot in a class would not be until February 1958.  He was ordered to TDY until that date at NAAS Fallon, Fallon NV.  He worked at NAAS Fallon in the disbursing office.  His job was to calculate the pay for all those assigned to the base.  There were no calculators or electric typewriters in those days – he did this by manual calculation for entry on “pay sheets.”  The job offered little challenge for Dave.  He completed this job in about one week out the month.  This left him ample spare time to explore the base with a few other TDY sailors.  His favorite activity was to accompany one of the guys when he prepared the bombing range (NAAS Fallon was a base where squadrons would come to practice – lots of “touch-and-go's” and bombing skills).  Preparation of the bombing range included chasing the cows that were “free range” next to the base so they would not get killed during the practice bombing (must have seemed like he was at home again).  He also set pins in a bowling alley during the evenings to supplement his $90/month Seaman Apprentice pay.

All that fun ended when he started Class A electronics technician school at Naval Station Treasure Island, CA.  After Class A school, he was given orders to the USS Mauna Kea.  The ship was in Japan so he was ordered aboard a contract cargo/troop transport ship that dropped him in Subic Bay, Philippines.  He completed his trip to Sasebo, Japan on a Jeep Carrier.

He finally went aboard the Mauna Kea about December 1958.  Everyone was glad to see him since there was only one ET onboard, also a recent Class A school graduate (A CPO ET who had recently graduated from ET school, converting from BM).  This was quite an assignment to maintain all the radar and electronic equipment aboard (including the Ward Room TVs).  After spending a month in the “spud locker,” this lowly 19-year old Seaman finally got to his job.  The Mauna Kea was at sea, and a lot of things had gone wrong on the ship, including the “short range” radar, the Loran receiver, and a radar repeater.  He learned a lot, using the equipment manuals which he was taught to use in Class A School.  The Chief and Dave spent a lot of late nights troubleshooting problems.  Fortunately, a 2nd Class ET came aboard.   Whew - he was glad!!

All in all, Dave had a fun time during his 2 ½ years aboard the Mauna Kea even though the ship endured two typhoons during this time.

In June 1961 after being promoted to ET2, Dave was ready to be released.  His exit interview with the OPS   Officer was interesting.  The OPS Officer began by telling Dave he should get out of the Navy and go to college, and this is what Dave decided to do.  Between his exit from the Navy, and the start of college, Dave met his wife, Mellie at a Bible camp where they were both counselors.  The rest is history – they have now been married 53 years!

Dave began college in September 1961.  The GI bill had been discontinued at that time, and was reinstated (retroactively) one month after Dave completed five years of college to receive his MS in Electrical and Electronic Engineering.  He was responsible for paying for his education alone.  He shared a basement apartment and walked 2 ½ miles each way to the campus for classes.  Those letters the Navy kept sending him inviting him to join the Navy Reserves gave him an opportunity. He joined the Reserves in February 1962.  Drilling with the Navy gave him funds to continue his education.

Dave worked 18 years in the computer industry.  He then worked for the Government until he retired in 1995.  His Government days were much more rewarding than those days worked in industry.    As a researcher and report writer, he was awarded “report of the year” twice by the Institute for Telecommunication Sciences, a telecommunication branch of the Department of Commerce.  The Department of Commerce awarded him a Silver Medal for his work in fiber optic cable implementation recommendations, his work in defining standards for HF radio transmissions standards, and for his research in documenting “foreign influence” related to US manufacturing production.  That was during the 1990s when Japan was buying up everything they could.  He was also involved in a highly secret assignment during the Clinton administration.

After retiring in 1995, Dave and Mellie have worked as volunteers for the National Park Service for almost 17 years.  They volunteered in Alaska, Texas, Colorado, and New Mexico.  Those years were very rewarding and gave them a chance to “give back” to a Nation that has been very good to them.  In 2012, they were each given recognition for 11,000+ hours of volunteer time with the NPS.  Wow - that equates to almost 6 years of working for the government for “free.”

They are now fully retired and enjoy their hobbies.  Dave enjoys crafting diamond willow items and Mellie loves to quilt.  Of course, they enjoy attending Mauna Kea reunions.  In August 2014, Dave organized a trip to the Big Island of Hawaii where they and three other couples made a trip to the top of Mauna Kea volcano for which our ship was named.  They stayed at the Kilauea Military Camp Resort during a hurricane!  They visited the observatories on Mauna Kea and as a group reached for the stars.  What a trip and experience they shared on this “mini- reunion.”

Before the next reunion, they plan to complete a few more items on their “bucket list” including returning to Norsk Hostfest in Minot, ND, attending the Canadian National Chainsaw Carving celebration in Manitou Beach, Saskatchewan, and visiting friends in The Paz, Manitoba.  At the next reunion, they will let you know if they saw the Polar Bears when they visited Churchill, Manitoba.

After 23 years active and reserve time, Dave retired from the Navy July 1, 1980 as LCDR.  He now enjoys the benefits of military retirement, and especially appreciates that retirement check he receives each month.

During his military career, Dave served his country as an enlisted (8 years) and an officer (15 years) – attaining every rank from E-1 to O-4, except WO, a remarkable career!

Dave, thank you for your service! 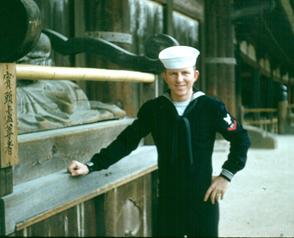 Being sworn in as Ensign at Fargo Naval Reserves - 1965 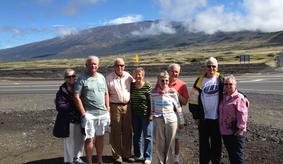 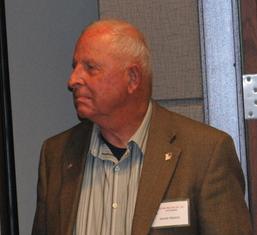 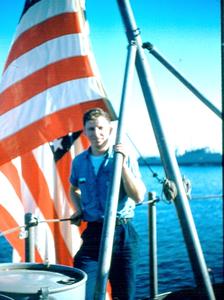 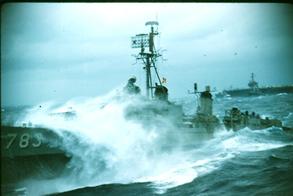 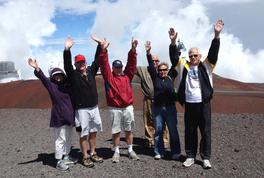 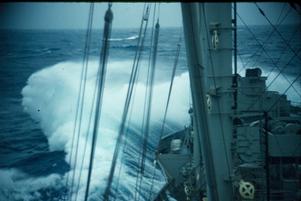 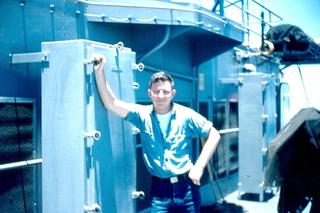 "Reaching for the Stars". 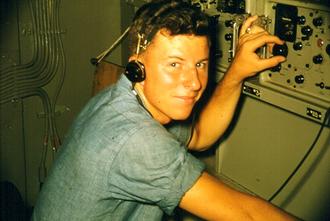 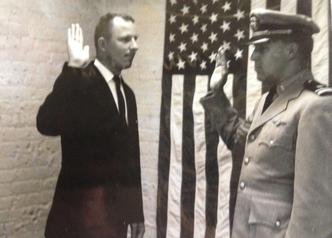 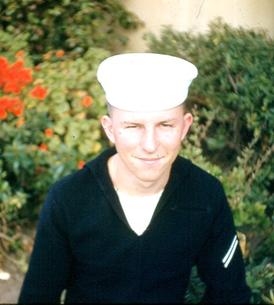 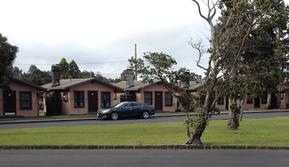