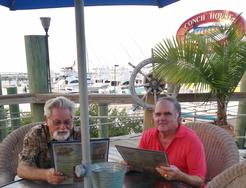 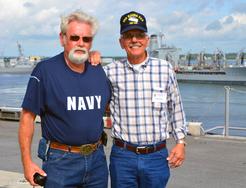 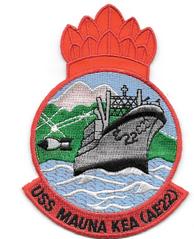 We look forward to seeing Charlie in Charleston...

Charlie Hight entered the Navy in 1966 and completed boot camp and Gunner’s Mate Class “A” School at Great Lakes, Illinois on January 13, 1967.

He reported to the USS Mauna Kea in February, 1967.  He remembers that all the guys in the Third Division were very close.  They worked hard -  up to 72 hours on a shift, breaking out, staging and loading the nets with bomb fins, etc., to be sent over to an aircraft carrier.  They celebrated just as hard when on the rare liberty calls.  He especially liked going into Hong Kong.

He left the USS Mauna Kea in May, 1968.  From there, he attended River Patrol Craft (PBR) at Mare Island Vallejo, California and SERE training at Coronado, California.

On October 17, 1968 he reported to River Division 543 in Cua Viet, South Vietnam.  On his first patrol, he was dragging the river with a grappling hook trying to find American bodies (fortunately, none were found).  While on this patrol, a CPL boat was hit with a B40 rocket.  Not a very good way to get broken in on your first patrol!

Charlie was on patrol when YFU-62 hit a mine on January 16, 1969.  His PBR team made many trips from the YFU to shore so the injured could be transported to the medical evacuation helicopters.

During the summer of 1969, Charlie’s crew was advised that a couple of YFU’s wanted to go from Dong Ha to Cua Viet.  The mine sweepers had not made this run to clear any mines, so Charlie’s crew was going to lead them, throwing percussion grenades in the water to set off any mines that might be in the river.   It was Charlie’s  time at the wheel.  As soon as he had gotten the PBR up to full throttle, he hit a mine and set it off.  The aft portion of the PBR went up in the air and then slammed back into the water.  Another PBR located 6 miles away saw a water spout from the explosion.  His PBR had to be towed back to Cua Viet, but remarkably, no one was injured.  If he had not run over the mine and activated it, another FYU may have been sunk and more lives lost.

In the summer of 1969, he ran into Gerry Behn GMT1 from the EOD team on the USS Maua Kea.  Gerry went on several patrols with Charlie and his other PBR members to blow up unexploded ordinance gathered up by local South Vietnamese.

In October, 1969 when he was transferred to Hoi An (south of Danang), he traveled with his PBR #130 aboard ship.  Upon arriving in Danang Harbor, his PBR was off-loaded and turned over to him by non-other than Lt. Dan Corbett!

Toward the end fall of 1969, they were training the South Vietnamese Navy to take over their PBRs.  Boat Captains usually held the rank of First Class.  The Navy was downsizing personnel and not getting any replacements.  As a result, Charlie was assigned the duty of Boat Captain as a Third Class Gunners Mate.  He served in this capacity for    2 1/2 months before being discharged and returning home.  He believes that he might have been the first third class petty officer in River Division 543 to be made Boat Captain.

After leaving the Navy, Charlie worked in the lumber industry and in a foundry where he worked in an environment with temperatures near 1700 degrees.  After six years of “hard labor”, Charlie re-enlisted in the Navy.  He served two years with Navy Mobile Construction Battalion (NMCB) 74.  He was stationed out of Gulfport, Mississippi and went to Rota, Spain and Okinawa, Japan before leaving the Navy permanently.

Upon entering civilian life this time, he stared a less physical career.  He worked for the General Service Administration, first as a Federal Protection Officer, and then the IRS as a computer operator.  His was last employed in the Command Center as an Information Technology Specialist.  He also has an Automobile Mechanics certification.  He enjoys treasure hunting with his metal detector, but doesn’t have as much time to do this as he would like. 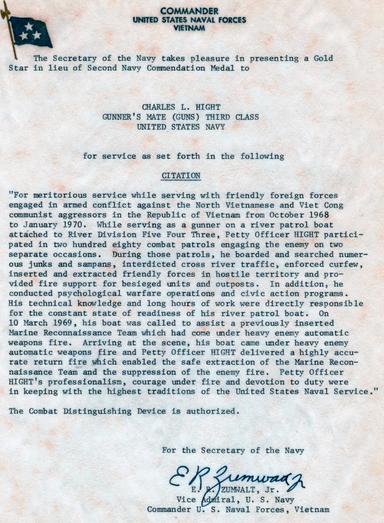 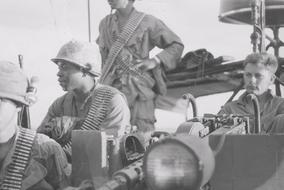 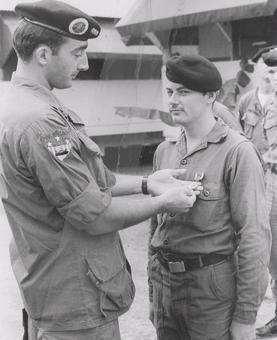 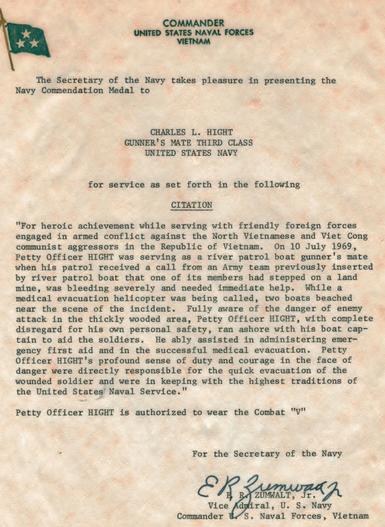 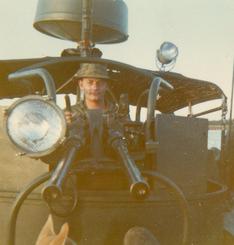