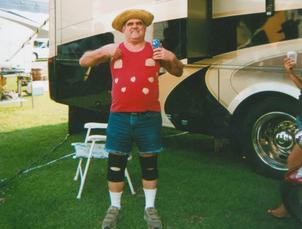 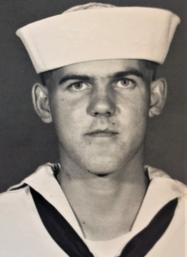 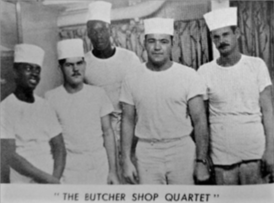 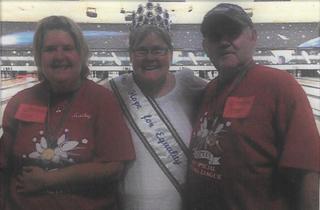 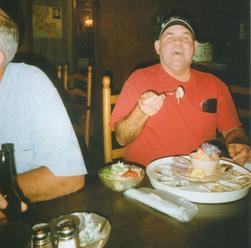 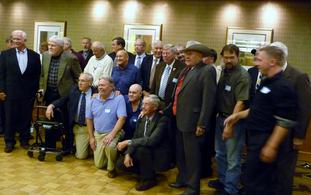 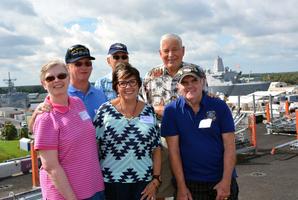 aboard the Iwo Jima at Mayport

Enjoying dinner and cookout with shipmates

Joseph, thank you for you service.

We look forward to seeing you when we are able to have our next reunion...

with Charlie Hight at the 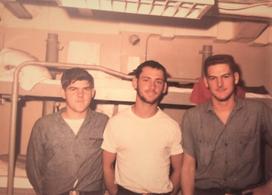 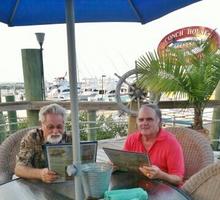 with shipmates in  Seattle, WA

Competing in bowling tournament in

With Mouton and Hollington 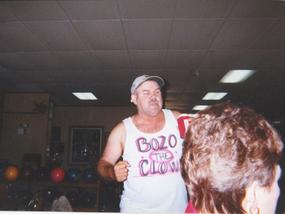 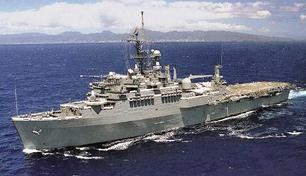 We have enjoyed visiting with Joseph “Bozo” at our reunions.   He was unable to join us in Charleston and San Diego due to health issues, and we missed him.

While onboard ship, he was called “Rosebud” and “Bozo”, but in his civilian life he remained “Bozo”.  No one in his hometown has a clue who Joseph Roseberry is – they only know him as Bozo and that is the name he prefers to be called.

Joseph enlisted in the Navy in 1967 and left his hometown of New Iberia.  His father had enlisted as a young man to protect his family and the rest of the people in the great USA.  He was taught that everybody was the same – no race was better than the other.  Joseph shared his father’s beliefs and wanted to follow in his footsteps.  At the time he enlisted, he was married and had an infant son.

He went through boot camp at Great Lakes along with Jerry Mouton.  They quickly learned the importance of being ready for inspection.  On one occasion, they were caught sleeping on the floor because they didn’t want to mess up their bunks that were ready for inspection.

He was then sent to San Diego and went aboard the Mauna Kea on January 1, 1968.  He was assigned to the Second Division.

While assigned to Second Division, he remembers the unreps with their long hours and hard work.  Everyone worked together, no matter which division they were in.  He remembers taking his turn on the helm and watching the distance line.   Joseph also remembers Captain Sells, Captain Polk, and the other officers and the fact that they treated everyone the same.  And of course, he will never forget crossing the equator aboard the Mauna Kea with Captain Sells.

Joseph also spent some time on Mess duty.  This might not be everyone’s favorite assignment, but it was an honor to have served on this detail onboard the Mauna Kea.    This crew won the Best Cooks in the Navy (NYE) competition.  Shipmates were remembered to have commented, “Our ship is a good feeder, Mac!”.

Joseph left the Mauna Kea on July 15, 1970 and was assigned to the YO (yard oiler) and YW (yard water) in Hawaii. He was given his orders by a Chief and then left in charge.  He was at the helm when the oiler made runs to Midway.  He continued in this assignment until his tour of duty ended and he was discharged in July, 1971.

He returned home to New Iberia, where he worked in the oil fields for Tubescope.  Joseph and his wife had a daughter in 1972.  He and his wife had six children, but four of them died at birth.

After working over six years in the oil fields, he decided to re-enlist in the Navy in 1977.  He attended Quartermaster school, and was assigned to the USS Coronado.  He served as a Third-Class Quartermaster aboard the LPD-11.  He served as Helmsman during special maneuvers.   He also trained sailors to land a 100 ft. boat without the use of a tugboat.

While he was serving on the USS Coronado in 1978, his six-year old daughter was killed by a drunk driver.  The accident was witnessed by his then ten-year old son.  It was agreed that he was needed at home to help his family with deal this tragedy, and he was given and honorable discharge.  He returned to New Iberia.

He once again returned to the oil fields, and worked there until his company was sold in 2011, and all current employees were discharged.  At that time, he decided to retire.

Joseph remarried and his wife passed away after 38 years of marriage.  He raised her child, who is handicapped, as his own and is still involved in her care.  Joseph's son now lives in Lake Charles, LA.

He has attended four reunions.  In 2012 he traveled to Mermentau, LA for a “mini-reunion” with the Moutons, the Hensons, the McCains, and the Cannons.

"Bozo" loves to bowl, and teaches handicapped and challenged children on the “Verna’s Game” team to bowl.  He says that each of these kids is just like one of his own.  He is proud of them and they all love and respect him and he feels the same way about them.  He plays in tournaments, and has bowled ten 300-point games.

He and his fiancée, Beverly enjoy going out to eat, dancing, and going to church.  He really looks forward to seeing his