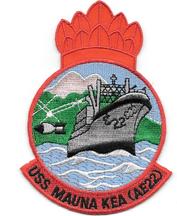 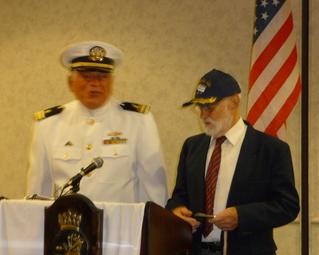 Anthony (Tony) Lazarri has been a familiar face at many of our reunions.  He co-hosted the Connecticut reunion, and he has taken part in several presentations at our banquets.  He has honored our POW/MIA’s and deceased shipmates on several occasions.  He made the following comments about the impact his time on the Mauna Kea had on his life.

“Life is about family, choices, opportunities and often pure luck.  For me, being assigned to the Mauna Kea in 1966 was a random act that dramatically impacted the rest of my life. I treasure the memories and friendships of my time on the Mauna Kea.  No one ever had a greater impact on my life than Captain Sells.  I've never respected anyone more.  I never worked harder, had greater responsibility, or ate more ice cream in my life.”


Tony was born and raised in a little Connecticut town (Stony Creek) located on Long Island Sound. He literally lived on or in the water growing up.

After Tony graduated from the University of Arizona in 1965 with a degree in Business Administration he was accepted for a Coast Guard OCS class scheduled in Feb. 1966.  A week later a draft notice arrived and he was informed that it would take priority over his OCS class. Unable to enlist in the Coast Guard due to a long wait list, he joined the Navy and went to Great Lakes Naval Training Center.  At graduation Tony was awarded the American Spirit Honor Medal and sent to a holding company at the Great Lakes boathouse.  Rather than wait nine months for an OCS class in Newport he was given the option of attending  Aviation OCS in Pensacola.  He graduated in Sept. 1966, where he graduated first in his class.  His love of the water won out, and he chose to go to sea.

His first duty assignment was the Mauna Kea, then on line off Vietnam.  As 2nd Division Officer he was responsible for the aft replenishment stations and the helo deck. BM 1 Saunders and BM 2 Edmonds took him under their wings and kept him out of trouble. He was a Fleet Rated OOD and spent two 4-hour watches a day conning the ship when underway.  He enjoyed station keeping during replenishments and Captain Sells had him do it more often than not. In 1967 Captain Sells presented Tony with his LTJG silver bar.  Tony said he would never forget those long, COLD, Quarterdeck watches at Port Chicago or those hiking trips to the Sierra's with his buddy John Oldberg.

In 1968 Tony was assigned to the USS Sagamore ATA 208 as Executive Officer, based in Little Creek, Virginia.  He had a Captain who spent most of his time ashore or in his cabin.  He basically let Tony run everything. He completed a Mediterranean Cruise and spent considerable time in the Bahamas towing research vessels to Exuma Sound where the Navy analyzed sound patterns for its nuclear attack submarines (tough duty!).  Tony left the Navy in December 1969 as a LT.

Tony married his wife Diane in June 1970 and they have been married 46 years.  They have two daughters and one son.  They have five grandchildren. Four live in the San Francisco area and one in Wisconsin.  Luckily their son is a pilot with United and they take advantage of free travel to visit often.  Tony says the he has been blessed with a supportive, loving family that he treasures every day. He was diagnosed with Multiple Myeloma (maybe Vietnam related) in August 2013 and had a stem cell transplant in September 2014.  He has been in remission ever since.  His wife has been his rock throughout.

Tony worked for Chesebrough Ponds for 30 years, most of the time at a facility only ten miles from his home.  He held management positions in manufacturing, compounding, warehousing, planning and logistics.  He retired in 2000 as Director of Logistics.

Tony was active for many years in the International Management Council. This worldwide organization is affiliated with the YMCA and has over 120,000 members.  As National First VP in 1976 he worked with the Columbia University School of Business to organize the first business executive exchange program with the USSR.  He accompanied 30 executives on a 46 day visit to ten Soviet cities.  They visited cities from Minsk to Vladivostok.

Since his retirement Tony has been active in Lions and the American Legion.  An officer at many levels in the Madison Lions Club he is proud that he managed a Christmas card and framed print program that netted over $300,000 for local charities.  He has also been very active in the Madison American Legion Post 79.  In 2006 he coordinated a three day drive that collected over 6,000 pounds of food, health & beauty products, athletic, and school materials for our servicemen in Iraq and Afghanistan. Their  cash donations allowed them to ship everything to the New York APO.  Two thousand dollars in excess cash was donated to Fisher House, which is a burn center for military personnel.

Tony said that the single thing that gives him  the most satisfaction is that his post's Military Honor Guard has participated in  over 2000 full dress military burials in Connecticut. It has been Tony’s honor to present our flag graveside over 400 times.

Tony’s hobbies include travel to all 50 states and over70 countries.  He also enjoys yard work.  Tony and Diane have a five acre parcel with a brook, two ponds, 2 acres of grass and too many flower beds. This keeps him busy, but he loves it.

Tony has been to six reunions and, God willing, will get to many more.  Planning the reunion in Hartford with Rich Letarte was a rewarding task that he thoroughly enjoyed. Tony is having knee replacement surgery on February 21st, but insists that he will be in Charleston, even if he has to crawl. (Tony, those free United Airline passes might be a better option). 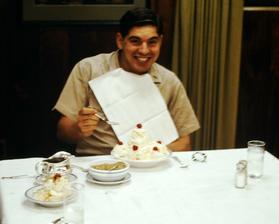 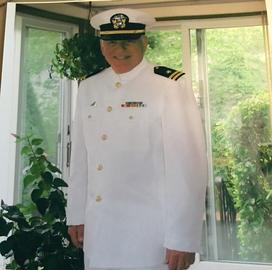 We look forward to seeing Tony in Charleston... 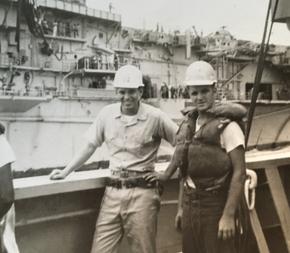 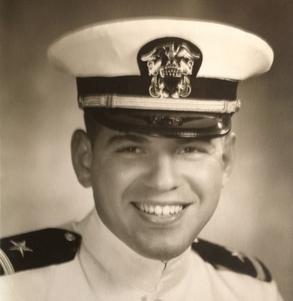 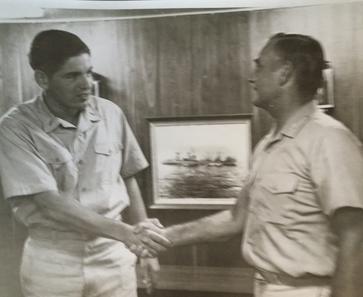 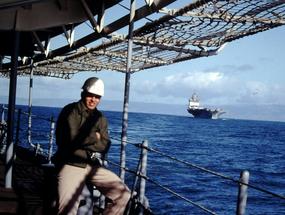