Richard (Dick) and Sue Hollington are familiar faces at our reunions, and we always look forward to seeing them.  They have missed only three (Concord, San Francisco, and Seattle) of the eleven reunions.

Dick was born in Syracuse, NY.  In the fall of 1966, he felt the need to serve his country and decided to join the Navy.    He joined the Navy because he did not want to join the Army!

Like many of his shipmates, Dick attended boot camp in Great Lakes, Illinois.  He attended Fire Control Technician (FT) A School at Great Lakes, also.

Dick’s first and only assignment was to the USS Mauna Kea.  The ship had already been deployed, so he was flown to the Philippines to meet the ship.  He reported onboard in the Spring of 1967 and was assigned to 3rd Division.  His FT rating must have been misunderstood by someone on the ship who thought it stood for Forklift Technician, because he spent his time aboard the Mauna Kea driving (or riding) a forklift instead of working on maintenance systems.

Dick was surprised by the size of the sleeping compartment and the locker storage under the bunk.  He had imagined much smaller quarters. He had heard so much about Navy showers that he was very happy to learn that he could take a shower with fresh, warm water and the water was not turned off before he could complete his shower!

One incident occurred onboard the Mauna Kea that affected the rest of Dick’s life.  One night after he had just gotten off watch, he was sitting in the mess hall for a few minutes before going to bed.  He saw a sailor coming back from liberty.  When he reached the mess hall, the sailor fell on the deck and flopped around like a fish out of water.  Dick was told by one of the guys with that sailor that he had gotten some “bennies” when he was in town.  Dick knew right then the he never wanted to have anything to do with drugs.


One of Dick’s best memories from the Mauna Kea is of the close and lasting friendships developed onboard.  The relationship with his shipmates is unlike those developed with any other organization he has been involved with.  Dick especially remembers the bond he quickly formed with Jerry Mouton and John Nadlicki.

Of course, like the rest of his shipmates, Dick liked Liberty!

Dick served on the Mauna Kea almost four years.  He had made 2nd Class FT, but his tour of duty ended before the rank was assigned.  He was discharged in the Spring of 1970.

After leaving the Navy, Dick stayed in the San Francisco Bay area for a while.  His friend and shipmate Mike Schardin helped him get a job at Globe Glass. Dick later returned to Syracuse.

He attended Canton College in New York for two years, where he received his Associate Degree in Agricultural Business.  He worked for a farm machinery dealer for a while.

He then went to work for UPS.  He retired from UPS after working for them for thirty years.

He met his wife, Sue, through work.  (Thank you Sue, for bringing those delicious homemade brownies and snack mix to the Hospitality Suite in Charleston).  They have been married for seventeen years, and their combined family includes four sons, two daughters, and six grandchildren.

For the last fifteen years, Dick and Sue have spent their time on the St. Lawrence River exploring the islands and waterways referred to as “the 1,000 Island” (yes, this is where the dressing was created).  It was with some regret that they sold their boat last year.  They now hope to do more travel by land, exploring “this great country of ours”.

Dick shares his time with others by working with three non-profit organizations in the area:

Dick has spent this year preparing for the 12th reunion.  He has had both hips replaced, and plans to be ready for any activities available  in San Diego.

We are wishing Dick a complete, speedy recovery. and happy traveling.

Dick, thank you for your service. 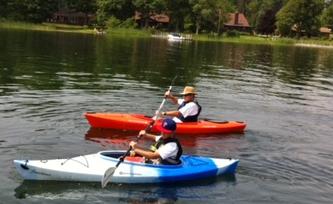 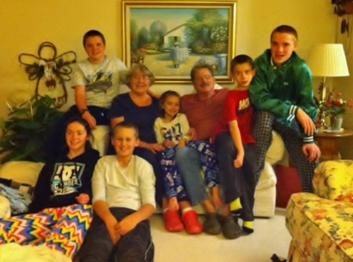 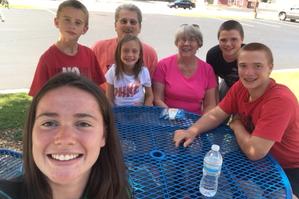 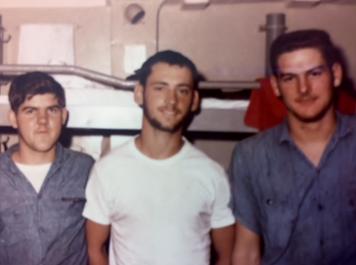 Dick and Sue at the Conch House, St. Augustine 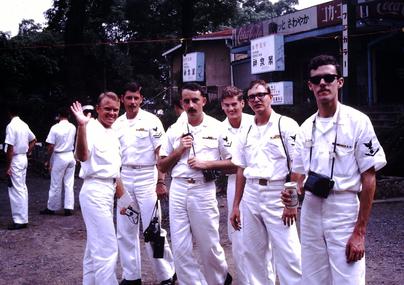 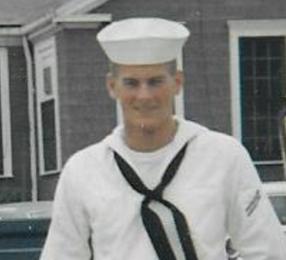 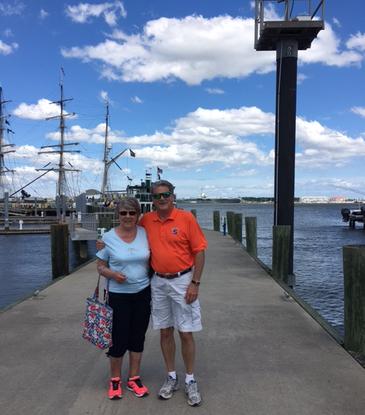 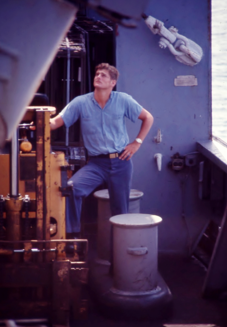 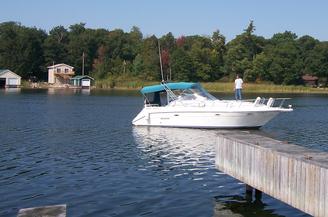 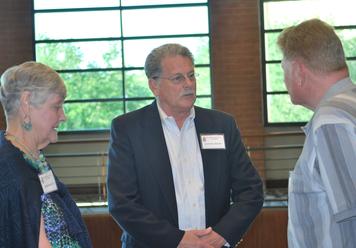 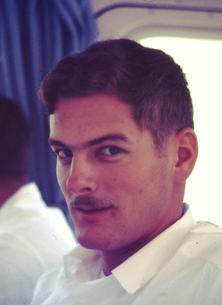 We look forward to seeing Dick in San Diego... 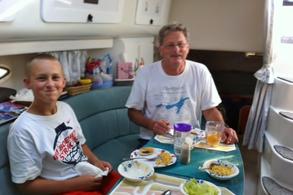 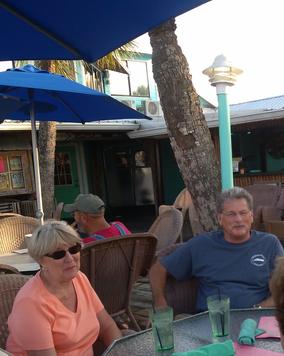 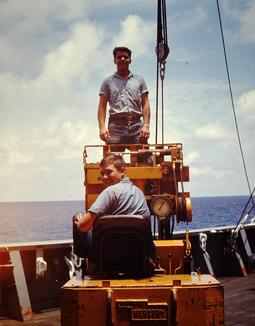 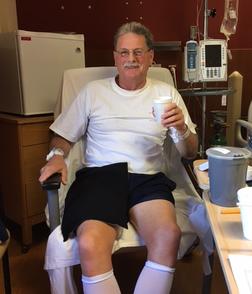 Terry Moore and David Rae seem to be having more

fun with their forklift than Dick... 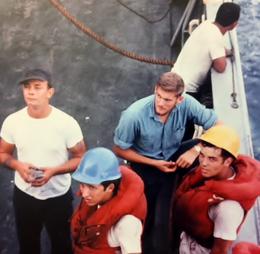 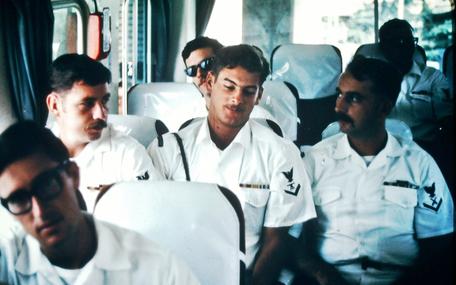 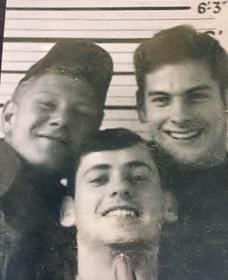