Wayne was born in Milwaukee, WI, the oldest of three boys.  His family had a history of serving their country: he had 2 cousins in the Navy; his father was in the Army, serving in WW II; his great-uncle was in the Navy, serving in WW I; his Great Grandfather served in the Civil War, and is buried in Arlington National Cemetery.  It’s no wonder that by the time Wayne was in high school, he had decided that he, too, would serve his country.  After graduating in 1965, he enlisted in the Navy.

Wayne enlisted in July, 1965 and completed boot camp at Naval Training Center, Great Lakes, along with many of the shipmates who attend the reunions.  After graduation, Wayne went home on leave, where he learned that his grandmother has passed away in his absence.

He was then issued orders to the pre-commission detail for the USS Mauna Kea AE-22, and was told to report to  Naval Station, San Diego.  His main assignment was to wait there until his company, and the others with the same assignment that were joining them there, became large enough to be transferred to a new location.

Finally (in early 1966), they were told to pack their seabags and board a plane to an undisclosed destination.  Upon landing, they learned that they were in Washington, and on their way to the Bremerton shipyard.  There, the Mauna Kea was being refitted with a new Rapid Transfer system.  They checked into the Marine Barracks, which would be their home until the Mauna Kea was ready for them to board.  They learned to chip paint and rust, paint, and perform other shipboard maintenance.

Wayne was on the Mauna Kea during her shake-down cruise and underway training.  The Mauna Kea was loaded with ammunition, and then headed to Vietnam.

Wayne was assigned to 1st Division where he was known to be a soft spoken shipmate who never complained and performed all tasks effieciently.  He was a welcome addition to any rig team.  He performed Quarter Deck watch in port, and Bridge watches at sea.  He also served in the Sick Bay on some days with Doc Williams.  In 1967, he was assigned to the Hospital Corp School in San Diego for a short time.

In January, 1968 Wayne received orders to report to the USS Epperson D-719 in Yokosuka, Japan.  Wayne was discharge in November,  1969.  He had completed four West Pac tours.

One of Wayne’s hobbies is collecting memorabilia from the railroads:

Wayne joined the VFW in 1998.  He was Post Commander three times and Loyalty Day Chairman in 2012.  He is now the chairman for student programs such as Scholarships, Patriots Pen Essay Contest (grades 6-8), Voice of Democracy (grades 10-12), and VFW National Citizenship Education Teachers Award for middle school and high school teachers.  Wayne is also a VSO officer for his post.  His duties include helping any veteran in need, whether they need medical treatment, food, housing, or help with utilities.

Wayne and his son Wayne Jr. had the honor of going on the Badge of Honor Flight from Wisconsin (Badger Honor Flight) in April, 2016.  Most of the approximately 200 vets on the trip were from WW II, Korea, and Vietnam.   Honor Flight Network is a non-profit organization created solely to honor America’s veterans for all their sacrifices. They transport our heroes to Washington, D.C. to visit and reflect at their memorials. Top priority is given to the senior veterans – World War II survivors, along with those other veterans who may be terminally ill.

Wayne and wife Barbara were married in 1971.  They have three children, eight grandchildren, and three great-grandchildren.  He enjoys studying Genealogy with Ancestory.com.  He is researching the history of his and Barb’s family, and says this is a work in progress.

Wayne is also a sports fan.  He loved the Milwaukee Braves before they left for Atlanta in 1965, and is now a fan of the Brewers, Packers, Bucks, and Wisconsin Badgers.

Wayne, thank you for your service. 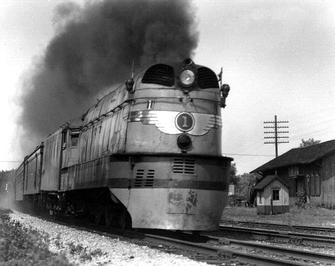 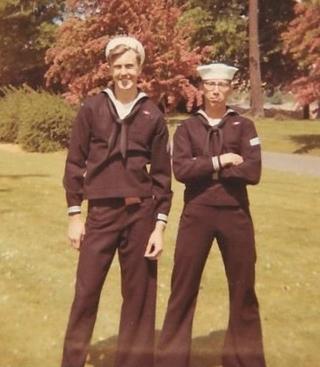 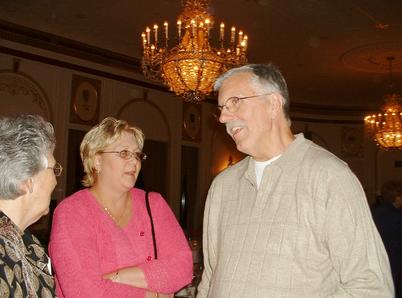 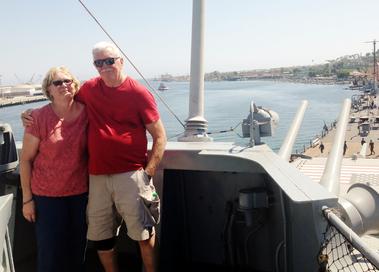 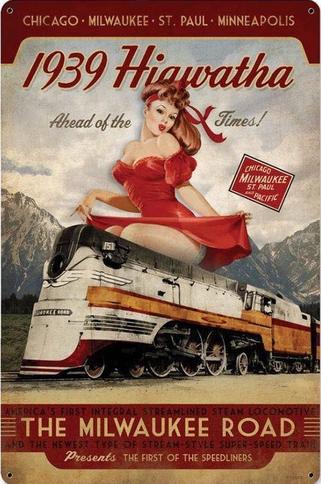 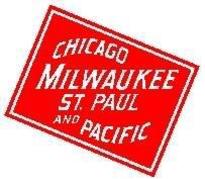 We look forward to seeing Wayne in Milwaukee! 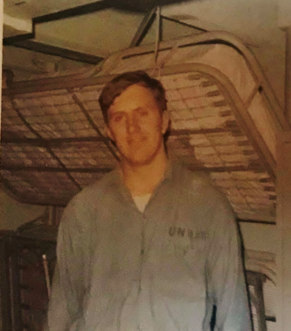 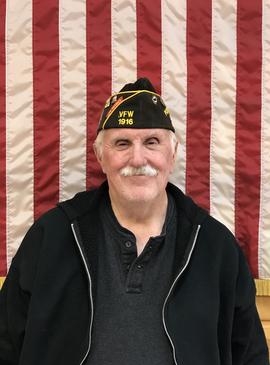 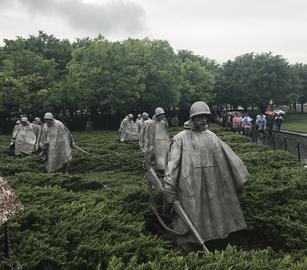 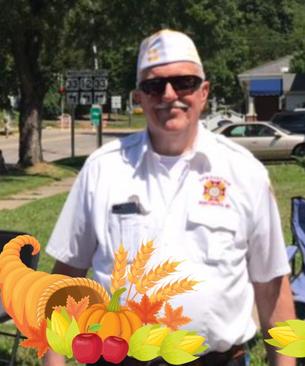 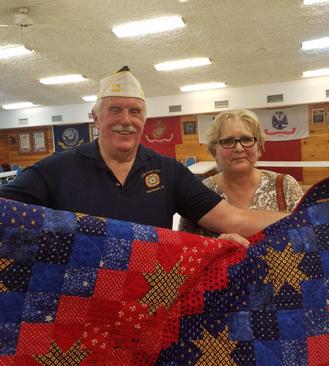 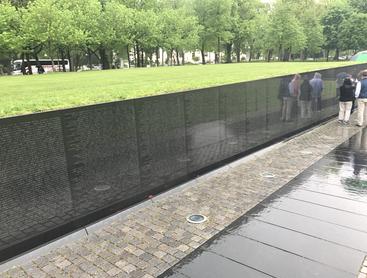 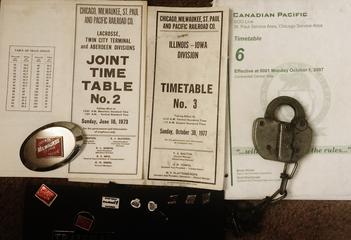 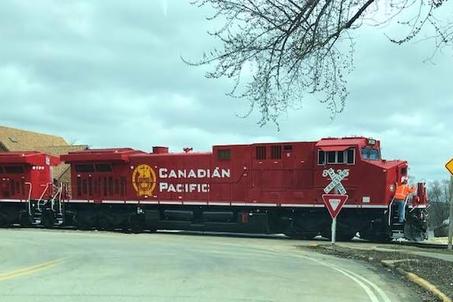 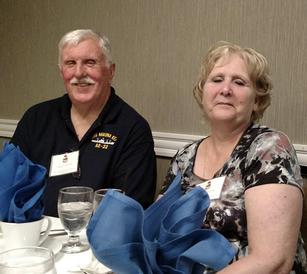 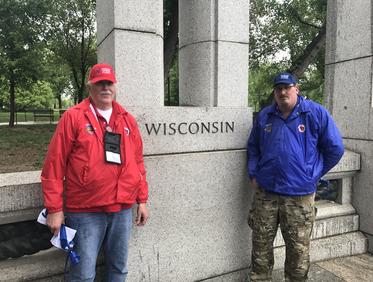 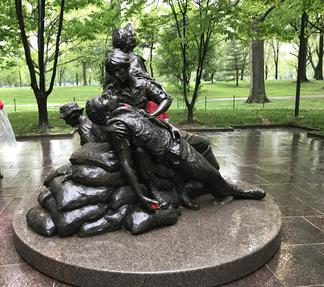 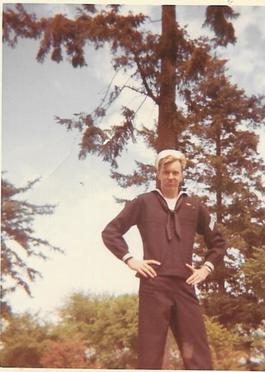 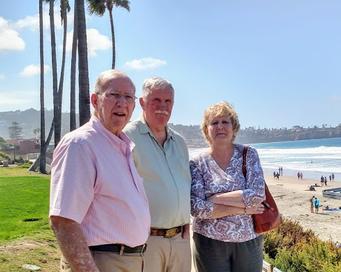 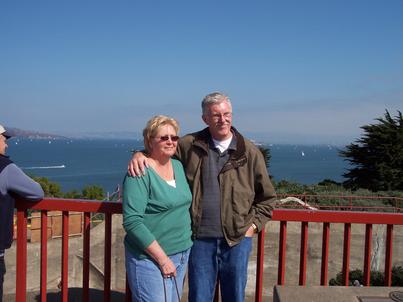 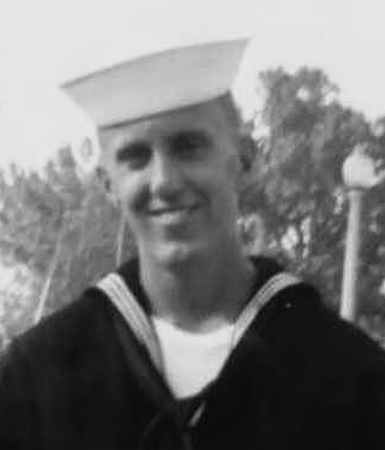 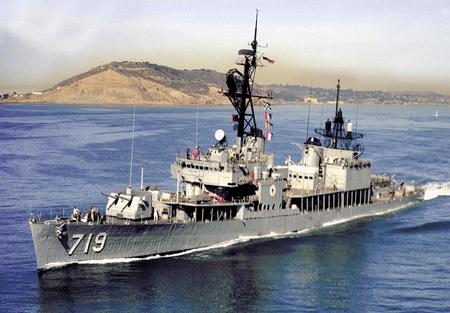 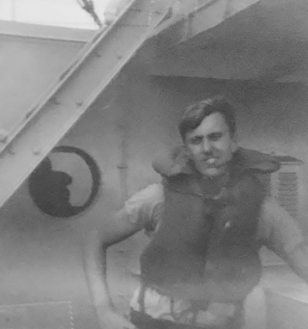