Dan entered Coast Guard Reserves in 1966, and in 1968, after Officer Candidate school, he entered the Navy and was assigned to USS Mauna Kea.

Ensign Dan Corbett reported to the USS Mauna Kea in January 1968 and quickly found himself in charge of the ship’s A, R, and E divisions, heading up damage control and repair operations. Dan always felt that he was assigned to the ENGineering department because he had been an ENGlish major during his days at Dartmouth and, in typical Navy fashion, one automatically led to the other.

While on the Mauna Kea he made many friends and earned the respect of the entire crew. His wit and wisdom, combined with his ubiquitous “can-do” attitude infected the damage control crew. His division was a microcosm of the ship’s performance during its tour in the Western Pacific in 1968. Dan served on the Mauna Kea through March of 1969 when he left for training as a skipper of a Swift Boat in the Vietnam Riverine Force.

LT (jg) Corbett left the Mauna Kea at Pearl Harbor after we were “attacked’ by Jap Zeros during the filming of the movie Tora, Tora, Tora. He returned to the mainland and underwent training for his Swift Boat duty, reporting to Danang in July of 1969. During his in-country tour, besides his regular responsibilities as a skipper, he volunteered to train an all-Vietnamese crew to operate a Swift Boat. While on the rivers, he and his crew were constantly under attack but he never lost a man although there were injuries. Dan left Vietnam in July 1970 and earned a Bronze Star (with a Combat V) for his service.

After his discharge in 1970, Dan married Carmen Rivard and together they embarked on an “around the world “adventure. The travel began in 1971, one year after Dan's discharge. He had difficulty readjusting to stateside living, though he didn't realize it at the time.

Dan and Carmen agreed to travel and were gone for 2 ½ years. Highlights include crossing the Sahara Desert; Niger River boat ride to Timbuktu, Mali; being welcomed to the ascendancy of the Fon of Bafut, Cameroon; climbing Mt. Cameroon; canoeing the Cross River alongside hippos; taking a barge-like boat up the Congo River to Kinshasa; eventually finding their  way to Mombasa, Kenya. From there they took a freighter to Bombay, India.  From India, they went to Thailand and then to Hong Kong.  While in Hong Kong, Dan taught English as a foreign language at the E.T. Newton School, while working as PE Master at King George V School and coaching the rugby team at the HK International School.

At the end of the school year, it was time to return home. They were off to Japan and Nahodtka, USSR to board the Trans-Siberian Railroad to Europe, and one last jaunt to Lapland area; a mail boat from Hammerfest along the fjords and the flight back to USA. The adventures live on, as do the amazing people met along the way of all different cultures, colors, countries, and religions. Good fodder for Dan's good stories...all true. And the animals... in some cases, they walked amongst them.

It was Rich Letarte who met them at the airport. It was a nice welcome.

Dan and Carmen eventually landed in Florida where Dan attended the University of Miami Law School. He then worked for a number of firms and in 1982 they made their way to Juno Beach, FL where he opened his legal practice and Carmen took over a realty agency.

They became very active in the small east coast ocean community. Dan’s love of history prompted him to write The History of Juno Beach. He became effective in conservation efforts, realizing that developers and environmentalists each have a place at the table. He taught history at a PB State College, all the while serving on the Juno Beach Town Council.

In 2009, Dan began to experience unusual symptoms such as uncontrollable shaking and a slurring of speech. He was diagnosed with Parkinson’s disease, which was attributed to exposure to Agent Orange from his days on the Vietnamese rivers. The diagnosis was later amended to Parkinsonism, specifically Multiple System Atrophy Cerebellum.  He closed the law office in 2010 but continued to retain his interest in history as well as local and national politics.

Dan and Carmen have made it a point to attend all subsequent reunions for both the Mauna Kea and the Swift Boats. He still retains the positive attitude he possessed as a young man. We look forward to his continued presence at our gatherings.​​​​​​​​​​

Dan, thank you for your service.

We look forward to seeing you in Charleston.... 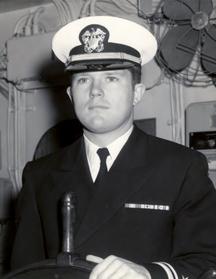 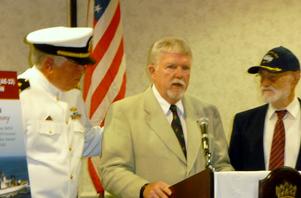 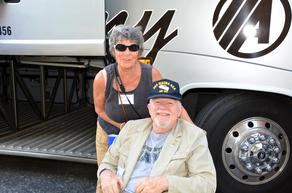 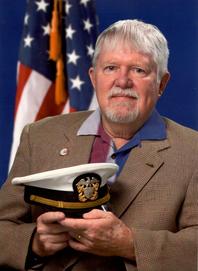 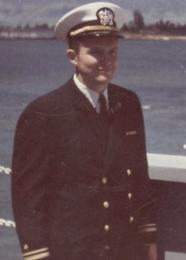