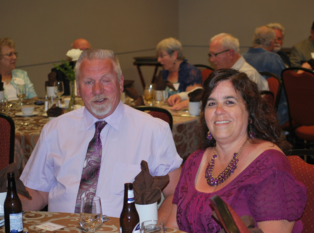 At home from boot camp with his new drivers license. 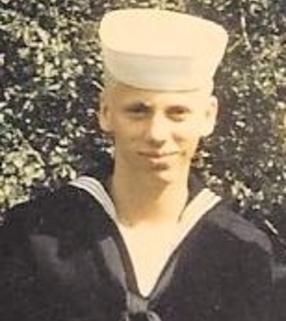 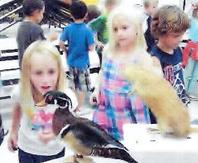 Dennis Thieme began attending the Mauna Kea reunions when the second one was held at Virginia Beach in 2001.  Since then, he has only missed three reunions.  His wife, Colleen, is now also a welcome sight at the reunions.

Dennis attended a Boy Scout meeting on Tuesday,  July 11 and the following Sunday he was in boot camp!  He had to transition from boy to man almost overnight. He enlisted with his shipmate and best friend, Jim Cummings.  He and Jim had one thing in common.  They both hated school.  Dennis completed his Junior year, but felt like he was going nowhere in school.  Even his parents agreed that he should follow his older cousins who had enlisted.  He earned his GED aboard the Mauna Kea.

Dennis enlisted in the Navy July 15th, 1965.  He was in boot camp at Great Lakes, along with many of the shipmates who attend the reunions.

Dennis completed boot camp at Great Lakes in September, 1965 and received his orders to report to the USS Mauna Kea AE-22.  He spent six months in 2nd Division, and then transferred to the Signal Bridge.

Dennis remembers spending a lot of time training – memorizing flags, Morse code, and semaphore.   After working hour upon hour polishing, sweeping, and painting he began to think that maybe school wasn’t so bad after all.

After his first tour to Vietnam, Dennis applied for a transfer to Brown Water Navy, Vietnam.  He was assigned to Naval Support Activity, Danang/Hue.

After Tet, 1968 he was deployed in the transition at Khe Sanh and A’Shau Valley, moving the 27th Marines out of the area and moving the 105th Airborne Army into Khe Sanh.

Dennis drove Convoy from Danang to the DMZ.  While on this assignment, he remembers trading a box of camo for a 50 caliber gun on a swivel mount.  One night, they welded the gun onto the top of his truck.

He was wounded in November, 1968.  He was sent to Yokota, Japan, then to Travis Air Force Base.  He was discharged after a short time in Great Lakes.

Dennis’ profession was in road construction.  When he retired in 2010, his son took over his position on the road crew.

However, Dennis’ real life’s work was the volunteer services that he performed in his community.

Dennis was a Volunteer Fireman on his local town fire department from 1978 to 1990.  He was presented the Fire Fighter of the Year Award in 1985.  While serving as a firefighter, he earned his Bachelor’s Degree in Arson Investigation in 1986.

Dennis was a Herpetologist for the Department of Natural Resources for 30 years.   This was also a volunteer position.  He presented Nature Classes for all the schools in the area, teaching children to appreciate and respect birds, animals, and reptiles.  Sorry Dennis, but you would have lost me when you brought out the snakes!

Over 30 years ago, Dennis had a part-time job as a bouncer at a dance hall.  His mother was a dance instructor, so Dennis loved to dance, and be around dancers.   It was there that he met his first wife, Debra.  Dennis and Debra were married 38 years and had two children.  Debra attended reunions before she passed away in 2012.

In 2004, Dennis was able to “live his dream”.  Dennis, his son, and grandson traveled to Colombia, South America, where they spent twelve days living with the indigenous people in the Amazon, traveling with a tour guide.  He ate their food, learned to shoot a blow gun, and hunted (and caught) snakes.

In 2015, Dennis brought his friend Colleen Muller to the Reunion in Saint Augustine.  He had met Colleen 30 years earlier when she worked with Dennis and Debra.  Colleen just happened to be wearing an engagement ring at that reunion.  In 2017, Dennis brought his wife, Colleen Thieme, to the reunion in Charleston.  Colleen, we are very happy to have you in the Mauna Kea family.

Dennis and Colleen spend much of their free time at their cabin in Northern Wisconsin.

Do their parents know they're doing this???

Dennis, thank you for you service.

See you in San Diego. 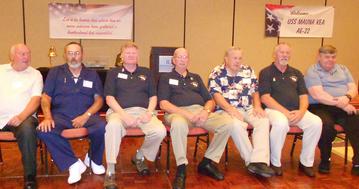 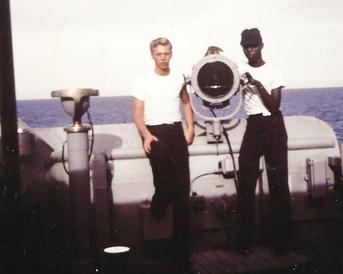 Dennis and fiancé Colleen at

"Shakedown crew", including Dennis and

"Living the dream" in the Amazon

Dennis and Carl Howell on the 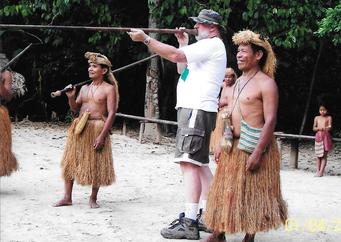 Looks like the teacher doesn't want to pet the snake...

Firefighter of the Year 1985 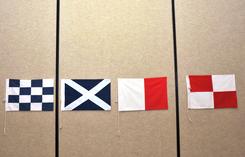 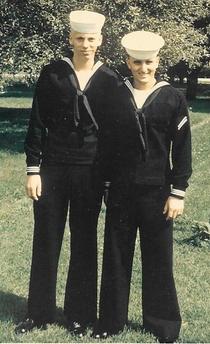 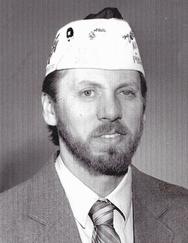 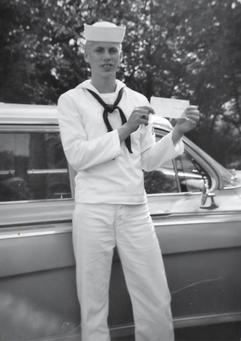 Dennis learning how to shoot a Blow Gun.

Dennis and Ron Berry after boot camp.  They were both assigned to the Mauna Kea.. 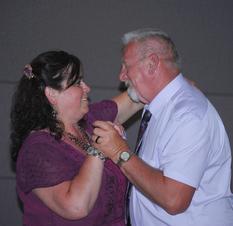 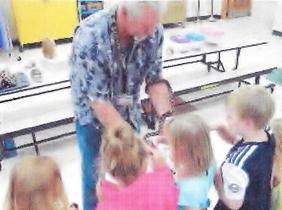 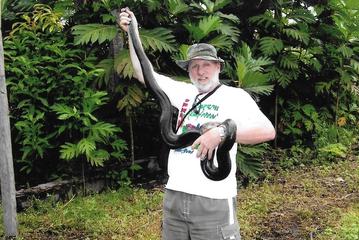 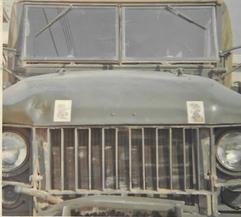 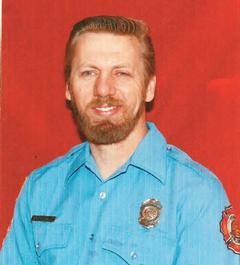 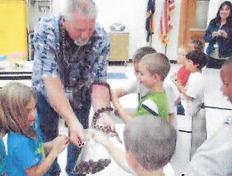 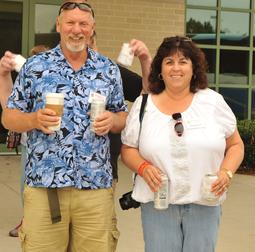