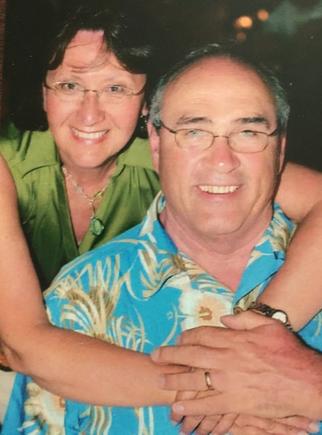 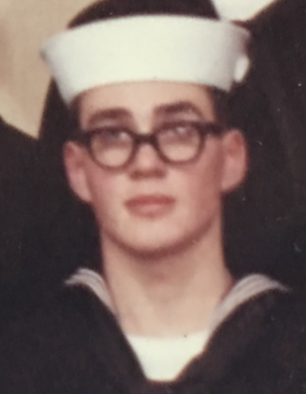 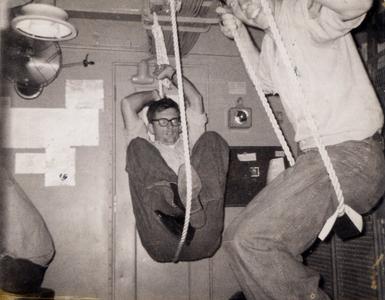 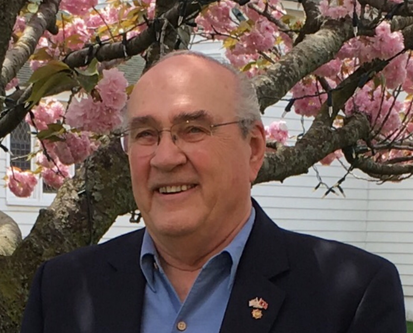 John Sullivan’s life before the Navy was anything but stable and secure.  Growing up in Brooklyn, NY he was the youngest of five children.  His mother passed away at 42 when he was four years old, and his father took refuge in the bottle.  His oldest sister was sixteen and took over, but he and his brother and sisters were pretty much on their own.  He compares himself to David Copperfield in Dicken’s novel.  By the end of high school, John’s father was in a nursing home (in his 50’s), his three sisters were married, and his brother was fresh out of the Army and starting his own life.

John’s friends in were not talking about which college they wanted to attend.  In fact, he never knew anyone who went straight to college from high school at that time.  Instead, they were talking about which branch of the military they should choose.  The draft was certainly coming in the future, and John did not want to have his life interrupted later.  So John made the decision to take a three year enlistment in the Navy and discharge his obligation.  This would enable him to get his thoughts together, come up with a plan for his future, and get some Navy schooling so he could begin life fresh as an adult at 21.  On October 27, 1964 (4 days before his 18th birthday), he entered the Navy.  He would be getting out on October 31, 1967 on his 21st birthday!

John completed boot camp at Great Lakes Naval Training Center and simply crossed the road to Great Lakes School Command for Electronics Technician Class A School.  He intended to strike for Data Systems Technician (computers) for which ET school is a prerequisite, but after 38 weeks of ET school he found out that Data Systems required a three year enlistment extension.  That would not fit in with his plan to start his new life at 21, so he chose communications ETN instead.

After 48 weeks at ET school at Great Lakes, he was sent to school for two more months at Mare Island, California.  In March of 1966 he was assigned to the Mauna Kea which was being refitted in Seattle.  While most of the crew was in Bremerton, John and some of the new crew in Operations were billeted in Seattle.

John’s job was to maintain electronic equipment.  Since they had too many ETs and not enough Radar men when they were at sea, the more junior ETs stood radar watches.  John realized that he liked that more than ET work.

John says his life in the Navy was basically uneventful.  He did enjoy the camaraderie in Operations.  He remembers a lot of laughter and conversations on those eight hour night shifts in the Combat Information Center when there wasn’t a contact within 100 miles.    He enjoyed spending time with Steve Thummel, Ed Gorski, Danny Gray, Tolly Gathright, and John Murphy.  He was also glad to have been able to visit and sightsee in Japan and Hong Kong, and the one day he spent in Manila.  He remembered that there was not much to see in Olongapo.

John commented to one shipmate in San Diego that he felt guilty seeing how hard the deck crew worked compared to the ETs.  He was happy to have the opportunity on one occasion to climb to the top of the ship to hook up an antennae. He said that was the only remotely dangerous thing he was called upon to do in his three years in the Navy.

The Mauna Kea was John’s only ship assignment and he was only onboard on the 1967 cruise.  When they returned in August, they stayed in California waters until his active duty was up on Oct 31.

John went to work for Household Finance Corp. for a few months after the Navy, but did not care for that job.  He went to work for Allied Chemical Corp. as a cash analyst and after 14 months, the company moved their office from the New York area.  He then went to work in the computer room for Blue Cross of Greater NY.  He was finally into computers 21 months after the Navy and was operating them instead of fixing them.  After working 33 years in various positions, Blue Cross sold the computer operations department to IBM.  He was given a buyout package from Blue Cross and was hired by IBM to do the same job.  He knew that would not be a permanent position, but it lasted five years – long enough to qualify for their pension plan.  He received his second buyout plan (this time from IBM) and retired when 60 years old.

In 1970, John was meeting a friend at a local young singles bar.

After he had been there about half an hour, a young lady approached

him and told him he had taken her seat.  Of course, he gave up the

seat, and even fixed a broken zipper on the young lady’s purse.  She

was from Staten Island, and thought Brooklyn was another planet.

John and Patrice were married a year and a half later in 1972.

taken her seat in the singles club was never resolved.

They had three children.  Their oldest daughter is a nurse married to

in age from 6 to 12 years old.  Their second daughter is a high school

business, and they have a girl 4 and a boy 2.  Their son is the youngest.

teacher.  They hope to add to the tribe.  John and all of the children


Every morning, John makes a list of things to do.  However, that list is rarely completed due to the calls to watch one set of kids or the other for a few hours, or to fill in for their parents’ scheduling conflicts.  He used to play more golf, but everyone that he played with became infirm or worse.  He loved to go to Myrtle Beach in the fall to play golf with a group of guys.  He has a cabana at a beach club on Long Island and goes to the beach several times a week in the summer (the grandkids must love this!).  He loves to travel, and the reunions have given him the chance to revisit places he had enjoyed and go to places he otherwise might not have visited.  On one of two trips to Chicago, he requested and was granted a tour of the Great Lakes base where he spent so much time.  He visits Florida, and in April took a cruise to Nassau. Although he lives in NY state, he has never visited Niagara Falls, but hopes to do so.   He has taken grandkids on trips to Disneyworld twice in the past, but has a trip planned there in 2020 that will include 11 people.  This will require about a year of planning.  One grandchild (who has been on previous trips) thinks her grandfather owns the Grand Floridian and calls it “their Disney House”.

John has attended all the reunions since San Antonio.  He did not know about the first four reunions.  He was planning to attend the San Francisco reunion, but just at that time Patrice was diagnosed with cancer.  He did not attend the Branson reunion because he wasn’t sure anyone would remember him.  Many shipmates have expressed that same concern about attending their first reunion.  We are very happy that John finally began attending the reunions and has continued to do so.  We look forward to seeing him in Milwaukee.

John also attends his high school reunions and Blue Cross reunions.  He and a bunch of high school friends get together for dinner every few months.

It has been said that if you live in New York and were not affected directly by 9/11, you are only one degree of separation from someone who was.  That is John’s situation.  John transferred to Staten Island to start a new unit in the computer room in that location a few years before 9/11.  If he had not done so, he would have probably been at work in the Blue Cross offices that occupied floors 32-37 on that day when 13 of their employees were killed.  His high school in Brooklyn lost 24 alumni.  He has extended family members with close friends or family who were killed and others who were survivors.

So after the Navy, John found the stability and security he missed as a child and teenager.  While many of us were changing jobs and being transferred, John stayed on the same job for 38 years and lived in the same house in Mineola, NY for 44 years.  He was married to his wife almost 35 years, and his children and grandchildren live close to him and he sees them often.  His four brothers and sisters have enjoyed stable marriages, and they are still a close family.  The Navy certainly marked John’s “before” and “after” phases of his life.

We have enjoyed spending time with John at our reunions.

We look forward to seeing John in Milwaukee… 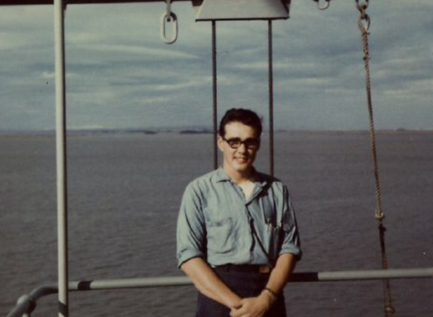 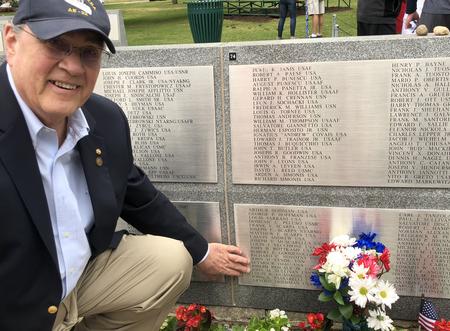 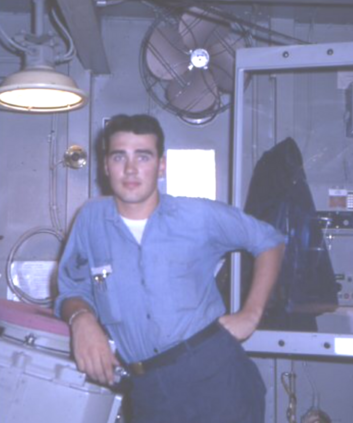 Sullivan at work in CIC 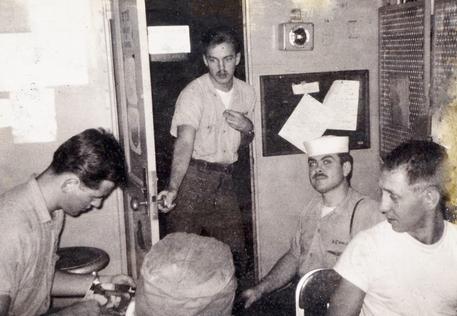 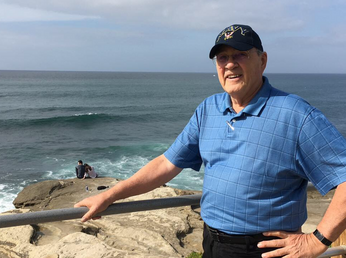 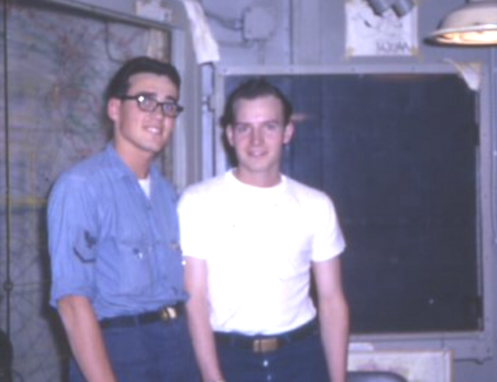 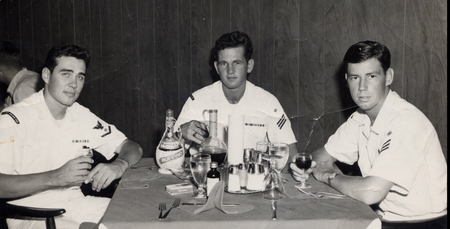 As you can see, there was never an idle moment for the ETs ...

PLAN OF THE DAY

John and Patrice in Maui

Sullivan and Steve Thummel in CIC 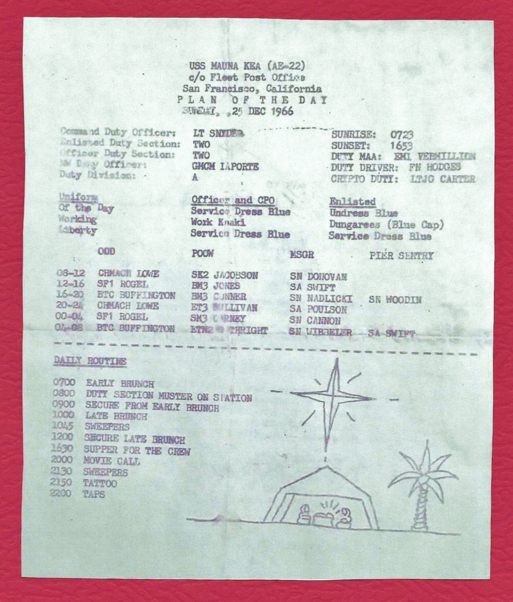 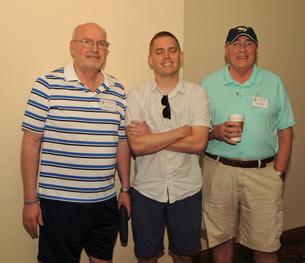 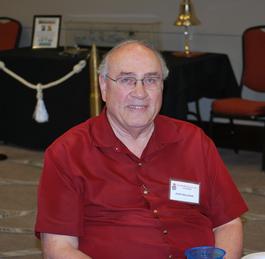 Viewing his name on Veterans' Wall